12 Facts About Your Borderline Personality Disorder

View All on 1 Page View Paginated

1. It's Finally Classified As a Mental Illness

Borderline Personality Disorder, or BPD for short, doesn’t manifest itself in an individual until early adolescence. BPD is now established as a serious mental illness affecting 5.9% of adults, which is 50% more people than Alzheimer’s disease. Nearly 20% of mental health patients admitted to psychiatric hospitals have been diagnosed with BPD.

Living with BPD not only affects the sufferer, but it affects their loved ones as well. Most people diagnosed with BPD have an inability to balance their emotions and thoughts, and they exhibit impulsive, careless behavior which can wreak havoc on their relationships with their friends and family members.

The worst part of my BPD is the insecure relationships…when I am attached to someone, they are my whole world and it is crippling. I care so deeply about how long they take to reply to an email, or their tone of voice, because I’m so afraid of losing them.

There appears to be two types of BPD: Low Functioning and High Functioning BPD. Low Functioning may show troubling behaviours, self-harming or depression causing difficulty in holding down a job but those are more likely to seek help.

High Functioning BPD is able to perform well socially and hold down a job. They are able to hide their disorder more effectively and therefore less likely to seek help. High Functioning BPD displays highly disturbing abusive behaviour, rages, accusing and blaming others, while deflecting feelings of guilt and avoiding responsibility for their actions.

We had hit our first roadblock: those who only saw my sister-in-law socially or spoke with her on the phone occasionally had never witnessed her most extreme behavior. They hadn’t experienced the rages, the verbal and physical abuse, or the complete disconnect between her perception of events and what other’s perceptions were of that same event.

BPD patients do have quasi-psychotic or micro-psychotic symptoms, such as voices telling them to kill themselves, paranoid feelings, and depersonalization. However these cognitive symptoms are not essential features of BPD. The core of the syndrome is a striking instability of mood, accompanied by a wide range of impulsive behaviors, particularly self-cutting and overdoses, and with intimate relationships that are impulsive, stormy, and chaotic.

The cause of BPD is still being researched, but genetic and environmental influences are thought to play a huge role. Other acts, such as bullying, physical, emotional and sexual abuse in childhood may also be linked to BPD.

There’s no clear reason why some people experience difficulties associated with BPD. More women are given this diagnosis than men, but it can affect people of all genders and backgrounds. Researchers think that BPD is caused by a combination of factors, including: stressful, traumatic events and genetic factors.

The future is brighter these days for those undergoing treatment for BPD. Treatment options include Cognitive Behavior therapy in the form of Dialectical Behavior Therapy (DBT). Not all symptoms of BPD are eased with the treatment protocols, though, but the severity of the symptoms are often decreased. Stress may reignite symptoms, so the sufferer would then be advised to seek therapy and other kinds of support.

The coupling of improvement with a relapse is confusing and frustrating but has a logic to it. When people make progress – by working, leaving day treatment, helping in the home, diminishing self-destructive behaviors, or living alone- they are becoming more independent. They run the risk that those around them who have been supportive, concerned, and protective will pull away, concluding that their work is done. The supplies of emotional and financial assistance may soon dry up, leaving the person to fend for herself in the world. Thus, they fear abandonment. Their response to the fear is a relapse.

7. The Benefits of Omega 3 Oil

Omega 3 fish oils with their rich DHA have a long history in reducing mental health disorders, especially BPD, as the brain is fat dependent and needs regular feeding with DHA. Foods rich in Omega 3 fish oils, including salmon, mackerel, and sardines, encourage a good, balanced mood.

8. The Benefits of Vitamin D

Vitamin D is highly documented in its role of reducing many mental health conditions, especially when the Vitamin D is obtained from natural sunlight. However, the sun needs the skin to contain low density lipoproteins (LDL), wrongly called bad fat to convert the fat to Vitamin D. LDL is found in animal fats, including fish oils and is essential for every cell in the body.

As recently as 2015, a study revealed that those with BPD also suffered from magnesium deficiency. The best absorbable form of magnesium is the direct application of magnesium oil onto the skin. Magnesium is the essential element that relaxes the muscles and the nerves and therefore, it helps the whole body, including the brain. Try incorporating more foods like green leafy vegetables, brown rice, quinoa, whole wheat, almonds, cashews and black beans into your diet to get an instant magnesium boost.

10. The Importance of Minerals and Vitamins

Different minerals, from calcium to zinc, and vitamins all support healthy brain and nerve functions. Since our bodies are unable to produce the vitamin and minerals we must supplement them through the foods we eat. Minerals are found in good quality organic foods such as good quality naturally mineral rich water and raw whole milk, and vitamins and minerals are also found in fresh fruit and vegetables as well as meat. Zinc is especially important for mental health and now Psychologists are accepting that Mental Health issues can be helped with good food.

11. The Effect of Food Intolerance Can Cause Mental Health Issues

The body’s response to poorly digested foods can affect the brain due to the reaction of the immune system as it responds to what it thinks is a pathogen.

In 1976, British psychiatrist Richard Mackarness (1916–96) claimed that many of the mysterious, chronic and intractable ailments suffered by patients, including mental health problems, were caused by reactions to food, especially processed foods and synthetic additives.

The ENS (enteric nervous system) is two layers of nerves lining the alimentary canal from the mouth to the anus and communicates with the brain by the Autonomic Nervous System which controls the body’s vital functions. The sympathetic nerves connect the gut to the spinal cord and from there to the base of the brain, to the amygdala that controls thoughts. This is why thoughts in the brain may cause butterfly feelings in the gut and upset the gut. And it is why food upsetting the gut will also upset the brain.

The enteric nervous system (ENS) is a quasi autonomous part of the nervous system and includes a number of neural circuits that control motor functions, local blood flow, mucosal transport and secretions, and modulates immune and endocrine functions.”

In 1967, Richard Mackarness cured a patient from severe mental health issues and restored her to a happy normal life by isolating the foods from the diet that he found his patient was intolerant or allergic to. “His patient suffered from attacks of irritable, depressive, tense and violent behaviour and violence to herself slashing her forearms with any nearby sharp object during ‘her most disturbed phases … ‘ as a way of relieving, if only temporarily, the unbearable tension and irritability mounting inside of her.”

While stress and past trauma upset the gut and then cause food problems that then cause mental health, it is recommended that the diet is improved to avoid the allergies and intolerances, provide good nutrition and then intervention by Counsellors or Psychologists, to aid coming to terms with the past traumas, may also help.

Many of these studies were done in the 1970s and 1980s, but were soon discontinued because they were underfunded. Nutritional therapies have now become a long-forgotten method of treatment, because they were of no interest to pharmaceutical companies that could not patent or own them. Instead, the companies that funded most clinical research spent their dollars investigating synthetic drugs they could patent and sell; these drugs however usually caused adverse side effects. There is tremendous resistance to using supplements as treatments from clinicians, mostly due to their lack of knowledge on the subject.

12. The Benefits of Vitamin C on BPD

It has been shown that when Vitamin C is depleted, depression and fatigue is increased. Vitamin C is more known for reducing infections but Vitamin C also has beneficial effects on the neuro-endocrine system. Therefore taking in more foods rich in Vitamin C may help to reduce the symptoms of Borderline Personality Disorder. A supplement of Vitamin C will not help as they are synthetically made these days. Fresh lemons, black-currants, guava, papaya, potatoes and peppers will all boost vitamin C levels.

Experimentally induced vitamin C deficiency leads to depression and fatigue. Recently, vitamin C was reported to improve the mood of acutely hospitalized patients. Such effects cannot be explained by collagen metabolism, and vitamin C effects on the immune system are not plausible explanations either. Instead, the effects of vitamin C on the neuroendocrine system or carnitine metabolism might explain such effects.

16 Warning Signs of Lupus to Watch Out For

1. Unexplained Fever Lupus can affect everyone differently and some may have … 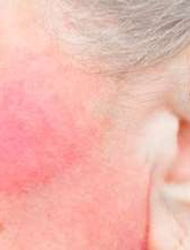 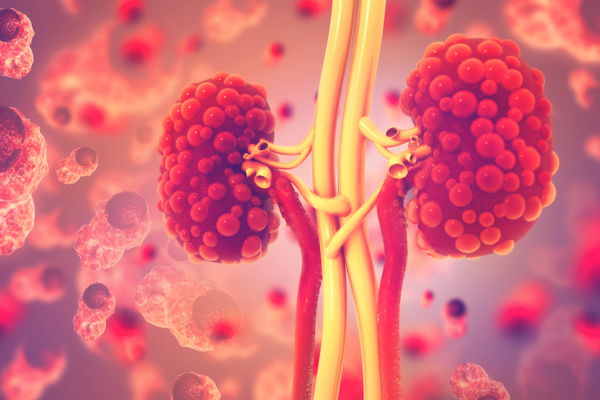 1. Dizziness Kidney Disease is when the kidneys are not filtering blood … 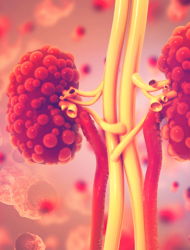 Top 10 Foods to Nourish Your Thyroid

Did you know that the food you eat can affect your thyroid health? Some foods … 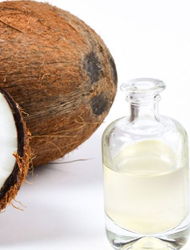 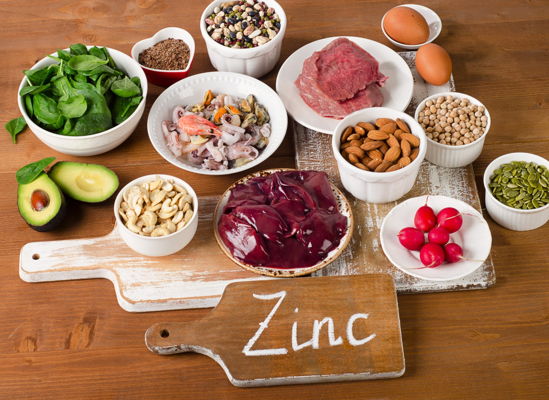 1. It's Finally Classified As a Mental Illness Borderline Personality Disorder, … 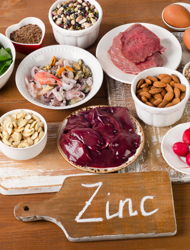 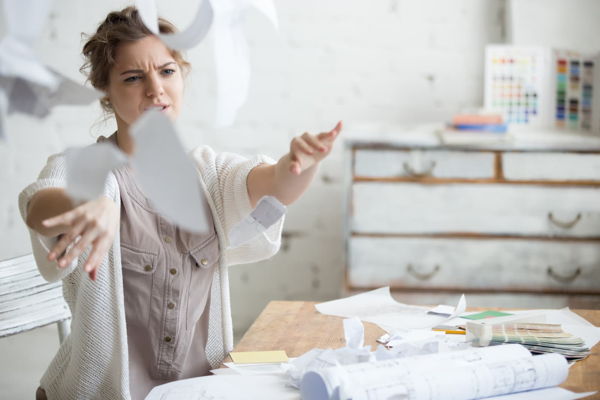 1. Makeup Some products used on the face and body or in the mouth ie: make-up, … 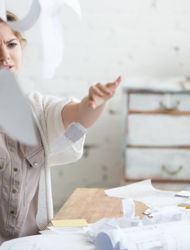 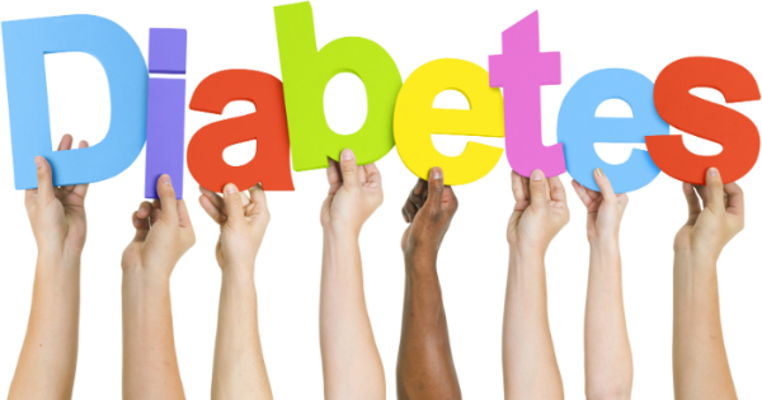 1. Mood Changes Mood change is sometimes one of the first symptoms to suggest … 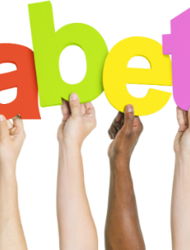 The advice on this site is no substitute for professional medical advice, diagnosis or treatment. Our content is for general information purposes only. If you have any health concerns, do not only rely on online research, you should also consult with a doctor. 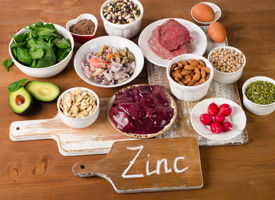